This project explores the relation between the structural system of high-rise and its form and space. The unique form of the building comes from a combination of a tensile system and a mega structure system. Conceptually an tensile equilibrium could be achieved between the giant columns’ deformation and the tensile force of cables, though we were technically not advanced enough to use structural software to proof it.

Another concern of this project is the impact of a new high-rise to an existing high-density urban context. The footprint of the building shrinks while reaching the ground, making more public space for the heavy pedestrian flow on the ground. The curved facade carves out two major plazas, one for the building’s users, the other for the general public of the whole commercial district.

In 2009, Prof. Zhou and his team reused the concept of this studio project and won the design competition for People’s Daily Headquarters in Beijing. The building was completed in 2015. In 2016 it won the A’Design Award. I wasn’t directly involved in the design and documentation of this building 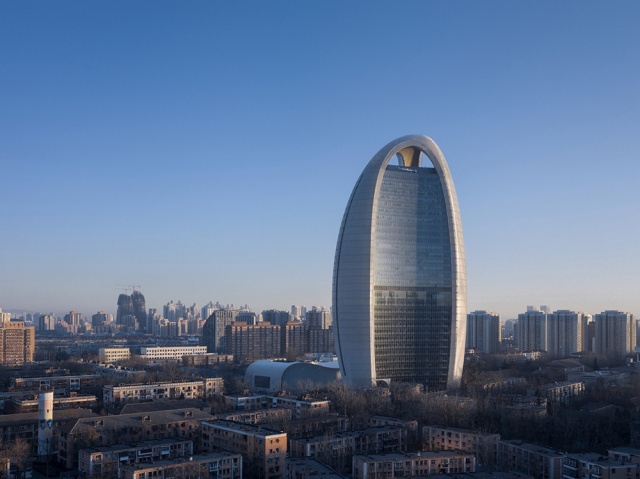